A while ago K developed an interest in endangered animals and extinction. We started this a couple of months ago but haven't actually done alot to it!

Yesterday we completed another animal so thought would post what she's done so far.

I put together the book using cardboard and covered with black construction paper, putting together with string - thus making a nice A3-ish size board book.

On the opening page we have a global map which K marks each country that each animal she looks at comes from. 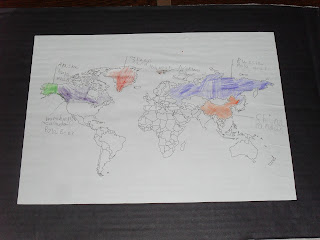 K chose to find out about Pandas first, which we learnt are from China and there are only approximately 1000 left in the world! 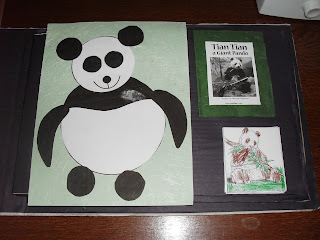 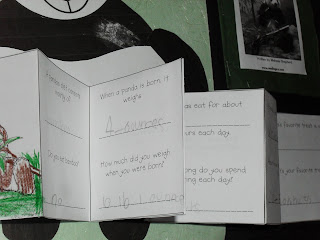 K made a small booklet with a factual story about a Panda which included alot of information about Pandas.﻿ 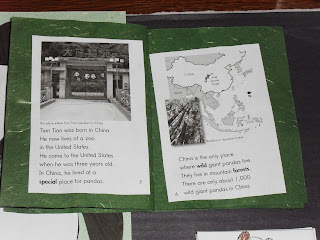 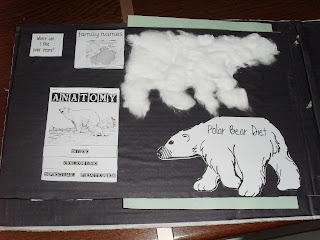 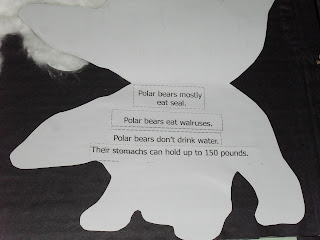 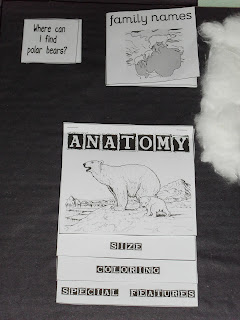 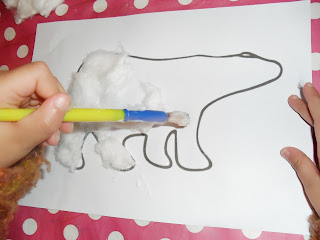 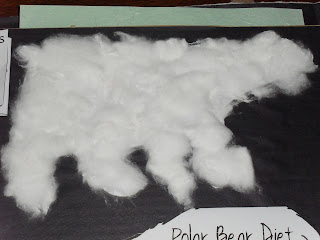 And in the interest of equality (Z doesn't get alot of blog attention yet! awww) here is Z's polar bear (made with cotton wool) 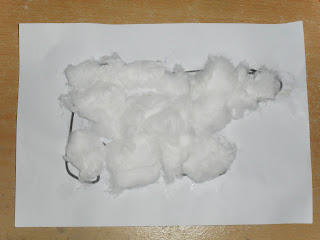 I think the Panda collage I googled a template I can not remember the site. The same for the Polar Bear collage, I just googled polar bear template I think, I didn't record the site.﻿