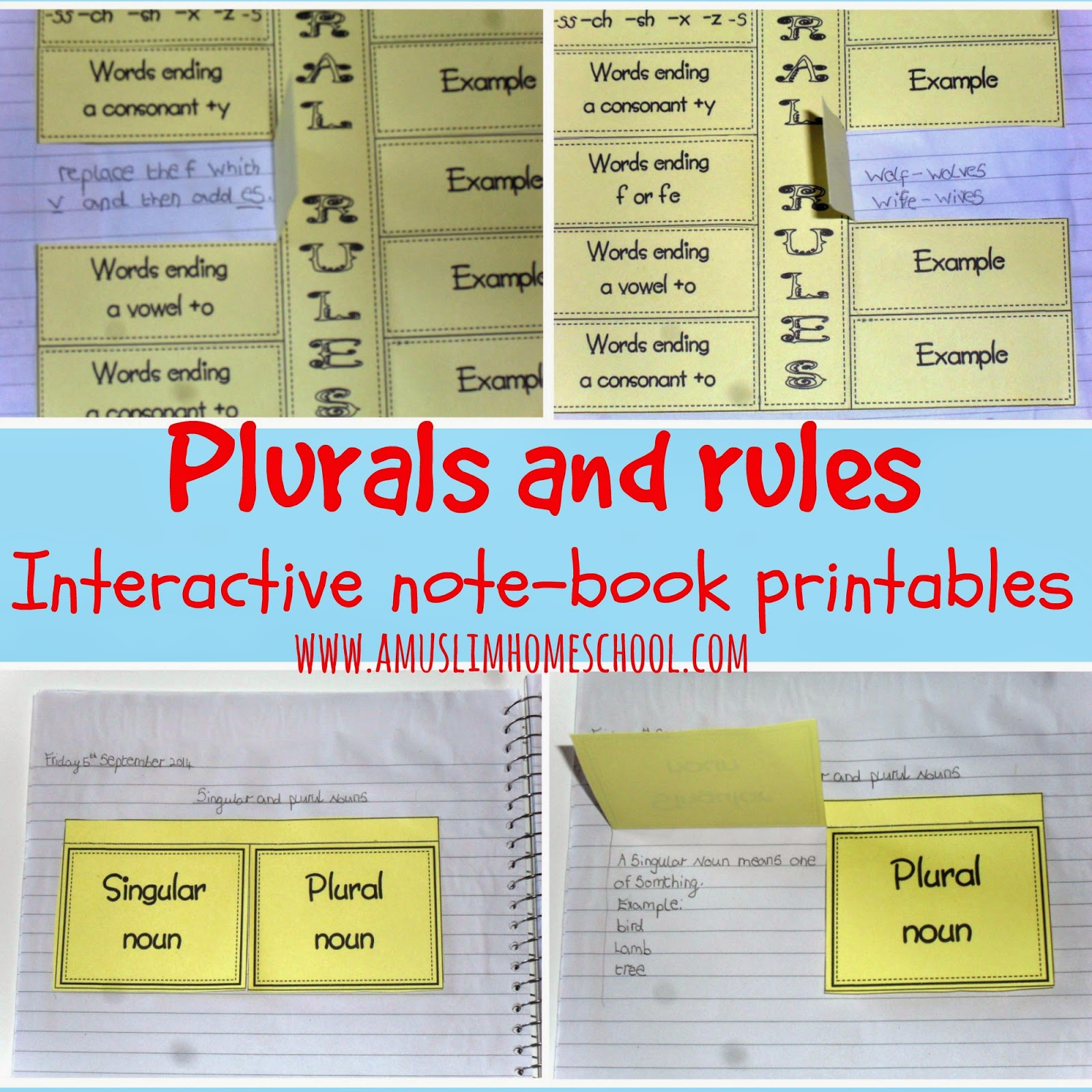 We've started an interactive notebook for our grammar studies. I think of it as a cross between an on-going lapbook contained within a note-book and a self-made text book.

The goal I have; is to produce something hands-on to understand Grammar, which can be used to reference back to throughout the year inshaAllah.

We are going right back to basics with this covering previously learnt material to ensure understanding is consolidated as new topics are introduced and taught inshaAllah.

In this post I'm sharing our work on plural nouns.
All the printables used can be downloaded at the end of the post.

The first thing we did was go over and explain singular and plural nouns using flaps which are stuck directly onto the page and lifted to show the answer.

﻿
We then followed by learning the general rules for making singular words plural - something which as adults we do automatically without much thought, but when you really delve into it realise there is a lot to remember and understand!
We made a lift the flap chart to stick into the note-book to help define and show the rules for differently spelt words. On the left side is the word spelling type, and on the left examples.

Of course, as with most (non-Islamic) rules, these rules are not true 100% of the time, so we made a small poster page to help get to grips that sometimes these rules just won't apply - and the only way of knowing this is to literally learn how to spell these plurals along with the singular counterparts. 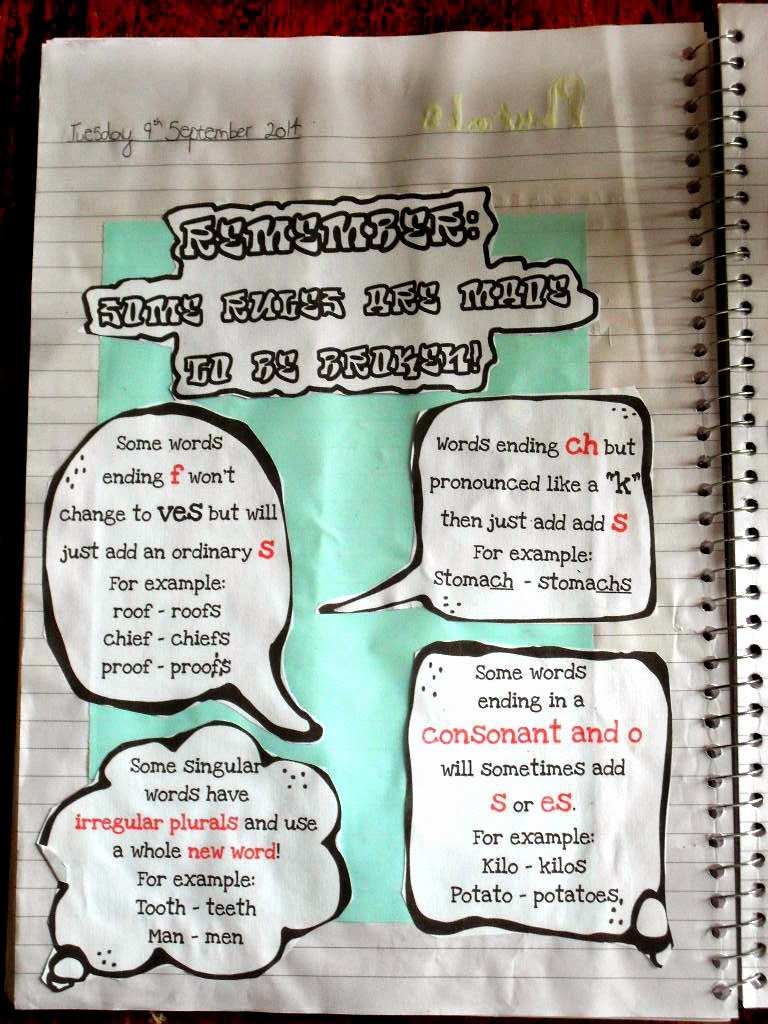 ﻿
The last thing I set up was a pluralised spelling test (with permission to look at the rules chart). I took small rectangular papers and wrote out singular nouns. I folded the end of the paper over so that on top, the plural ending had to be written on. To make a little easier, I did use the same colour paper for each spelling rule.