Following on from our previous maths lesson, we continued working with odd and even numbers, to ensure that Khadeeja fully understood odds and evens inshallah.

A quick lesson using a small hand held whiteboard (because she loves using it!). I drew out a table headed with Odd and Even, instructing Khadeeja to write in numbers 1 - 20 in the correct column. 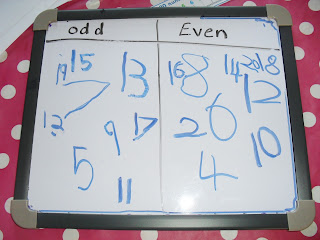 So, to make sure she would be able to recognise any given number, I further explained that any number which ends with 2, 4, 6,8 or 0 will be an even number, and any number that ends with 1,3,5,7 or 9 will be odd.
I wrote these odd and even numbers on the board for her to refer to, as I gave random numbers for her to identify as odd or even. I asked her to explain how she knew a particular number was odd or even, and alhamdulillah she answered. I then asked her to write me any even number, and then any odd number she liked. 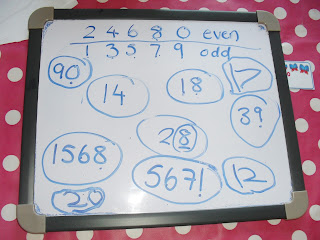 I'll probably do a few reminders throughout the week to ensure she fully understands and retains the information inshallah!
(that's usually what I do when we introduce something new in any lesson, be it maths, literacy, Islamic studies etc....throughout the week I will ask reminder / revision questions or ask Khadeeja to explain something quickly at random times, often at dinner weirdly! ...I guess its because we are all sat down together then! )
2 comments: 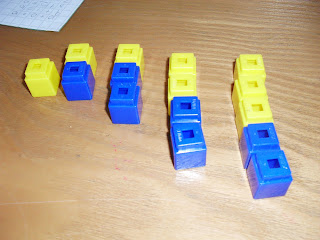 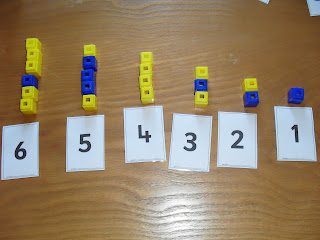 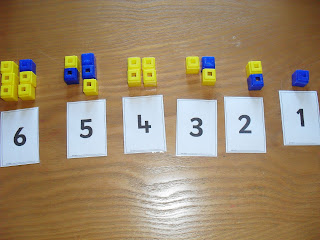 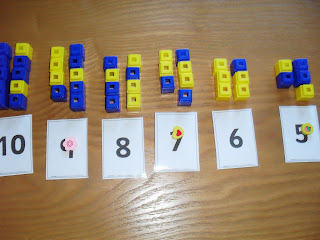 The 2nd weeks lesson plan for Arabic, (following the Madinah Arabic Reader ) is just a revision of week 1, covering page 3 of the book.

I've also decided to reduce the number of lessons to 2 a week, rather than 3 to allow Khadeeja more time to learn the vocab inshallah.

The lesson plan includes colour flashcards ready to print off for the lesson and can be down loaded to print here inshallah.
3 comments:

Email ThisBlogThis!Share to TwitterShare to FacebookShare to Pinterest
Labels: Vocab 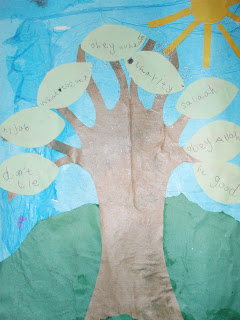 Yesterday we did a brief lesson on the Qur'an, discussing what it is, how it was revealed and scribed.

Khadeeja made a Tree with tissue, construction and brown papers, and on each leaf wrote something the Qur'an teaches us. I helped with spellings but MashAllah she did pretty well!
1 comment:

Alhmadulillah K has done her first Arabic lesson this morning, following my lesson plan. (refer to previous post for introduction to what I am doing inshallah and book I am following).

Here is her finished work from today. I've put it up on the wall so that we can revise the words throughout the week inshallah. 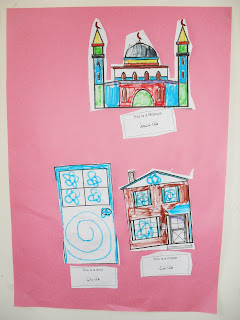 Email ThisBlogThis!Share to TwitterShare to FacebookShare to Pinterest
Labels: Vocab

Ok, the kids are still in bed, my dinner for tonight is cooking bi'ithnillah, I have our work for today all ready in our work boxes. (if you haven't read my previous post about Sue Patricks WorkBox system, inshallah you can read it here)

So here is what our work boxes look like. I bought the shoe-rack from Tesco online (£12). The plastic shoe boxes were 99p each from a cheapy local store.

Below are my boxes for the girls, a different colour each. Sue Patrick recommends clear plastic shoe boxes....but these are what they had in the first store I went into...and I like that they are different colours as I think it will help the kids to know which set is theirs. 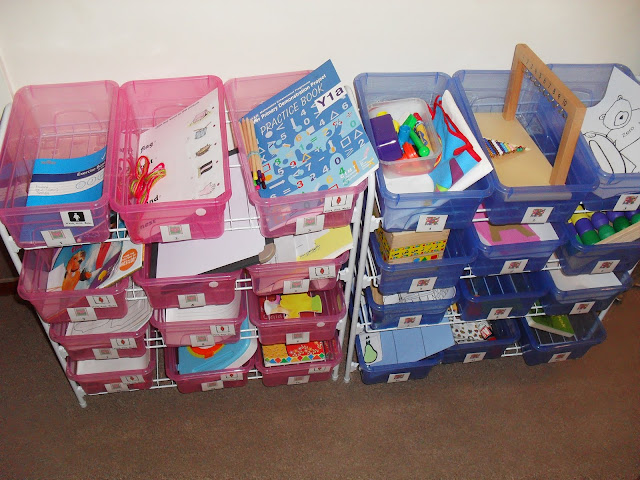